In Encyclopedia of the Book, Geoffrey Ashall Glaister describes Theodore Low De Vinne (1828-1914) as “a distinguished American printer whose work was careful and skilled if not always inspired.”  Aldus Manutius was the great Venetian printer Teobaldo Manucci (1450-1515), revered by scholars and lovers of fine books for his artistry as well as his business acumen. It is not surprising Targ chose to include Aldus in Targ Editions.

Records reveal that Targ and book designer Abe Lerner could not agree on a design, with Lerner presenting a classical rendition and Targ wanting a more innovative, contemporary interpretation.  Lerner withdrew from the project, much to renowned woodcut artist Antonio Frasconi’s disappointment, which he shared in a postcard: “What can we do to bring him back? Please do you want to convince him – as you said to me – that this book will be ‘his & yours’.”

Targ wrote back to Frasconi,

“I wanted a vitality throughout to match the character of your work.  I did not want something terribly proper.  Abe seems to want pure white paper; I prefer something with warmth—a touch of  “color.” … In short, my whole publishing program is predicated on books that will give me pleasure while serving the creative artist’s best interests. … Please bear with me and don’t lose heart in this exciting enterprise.  I am honored to have you participate and don’t wish to cause you any unhappiness.  The project must bring us both joy.”

Reviews were not positive. In the October 1984 Fine Print, H. George Fletcher writes of De Vinne’s 1881 essay,  “In its day, the essay was a polite bit of gentlemanly writing. In other words, it contains a few insightful and suggestive comments and virtually every factual error now known to Aldine scholarship. Reissued now, it could set that scholarship back a century.”

Fletcher goes on to say the woodcuts are, “striking and graphically arresting. One of them, however, is meant to replace the facsimile reproduction in De Vinne’s original publication, and this it simply cannot do. As historical works, these interpretations cannot stand.”

Conveying an elitist tone for which the rare book culture has long been criticized but was more typical 30 years ago, Fletcher goes on, “Perhaps one can sell 250 copies of virtually anything, if one thinks of the people out there looking for ‘collectibles.’ For that is surely the only category to which this book can assign itself: the pre-ordained scarce book, the oversized bijou. … The collectible gatherer cannot know Aldus from Adam.”

Targ’s letter in response illustrates the decades-old but still continuing tension in fine press between those who advocate strict adherence to traditional printing styles and methods and those who would stretch their works in new, sometimes risky ways. Based in Greenwich Village in the second half of the 20th century, Targ was surrounded by writers, artists and printers pushing their crafts in new directions.

He was also known and respected in the rare book world. His reply to Fletcher’s criticisms was diplomatic, but direct.  Taking offense at the word “collectible,” he wrote, “We try to produce, with the aid of talented young handpress printers, attractive books to be read by people who have certain sensibilities, certain collecting interests.”

“My intention was never to produce the final, scholarly word on Aldus. My interest was in the editor-publisher whose genius I have always honored.” 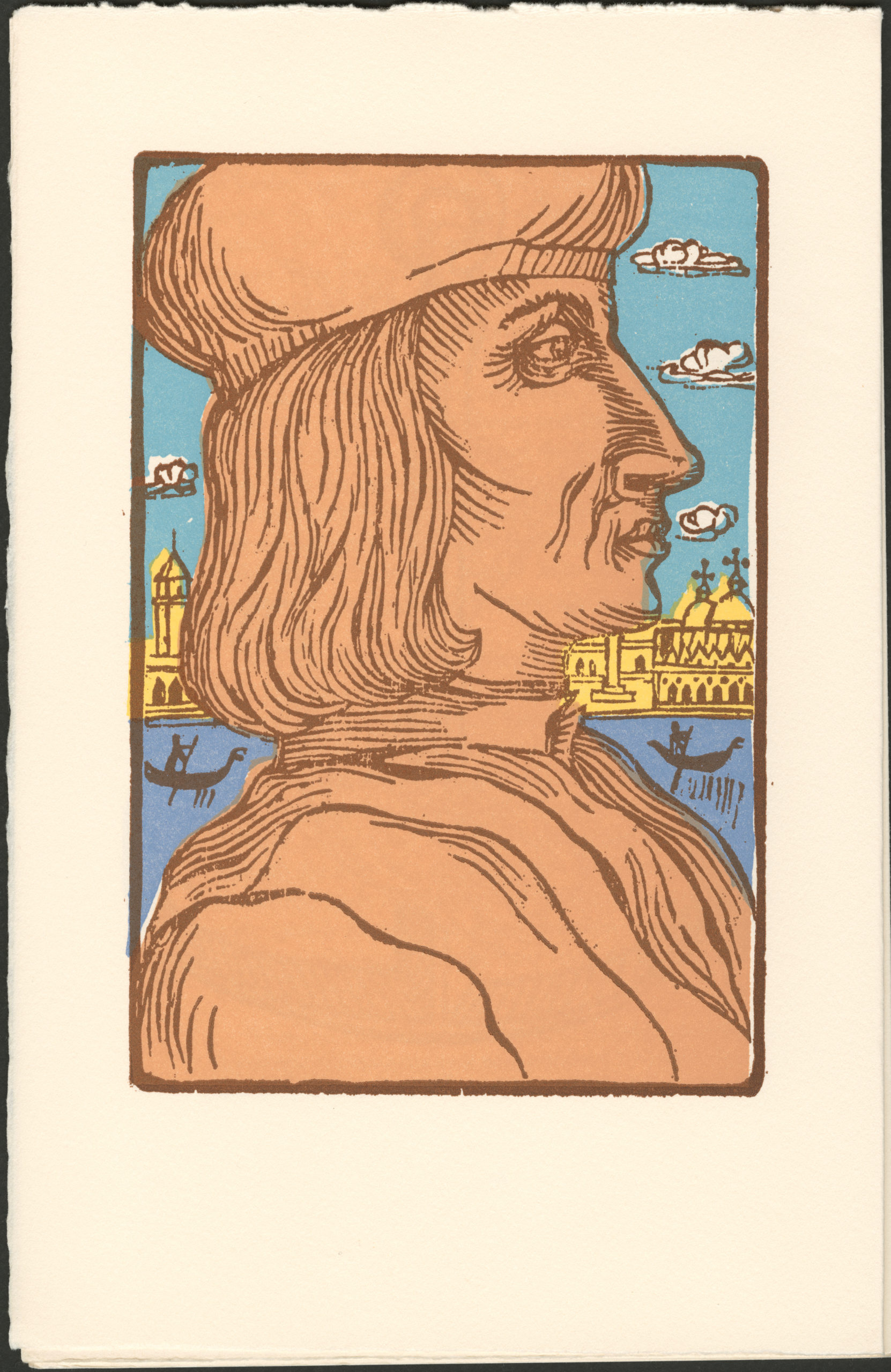 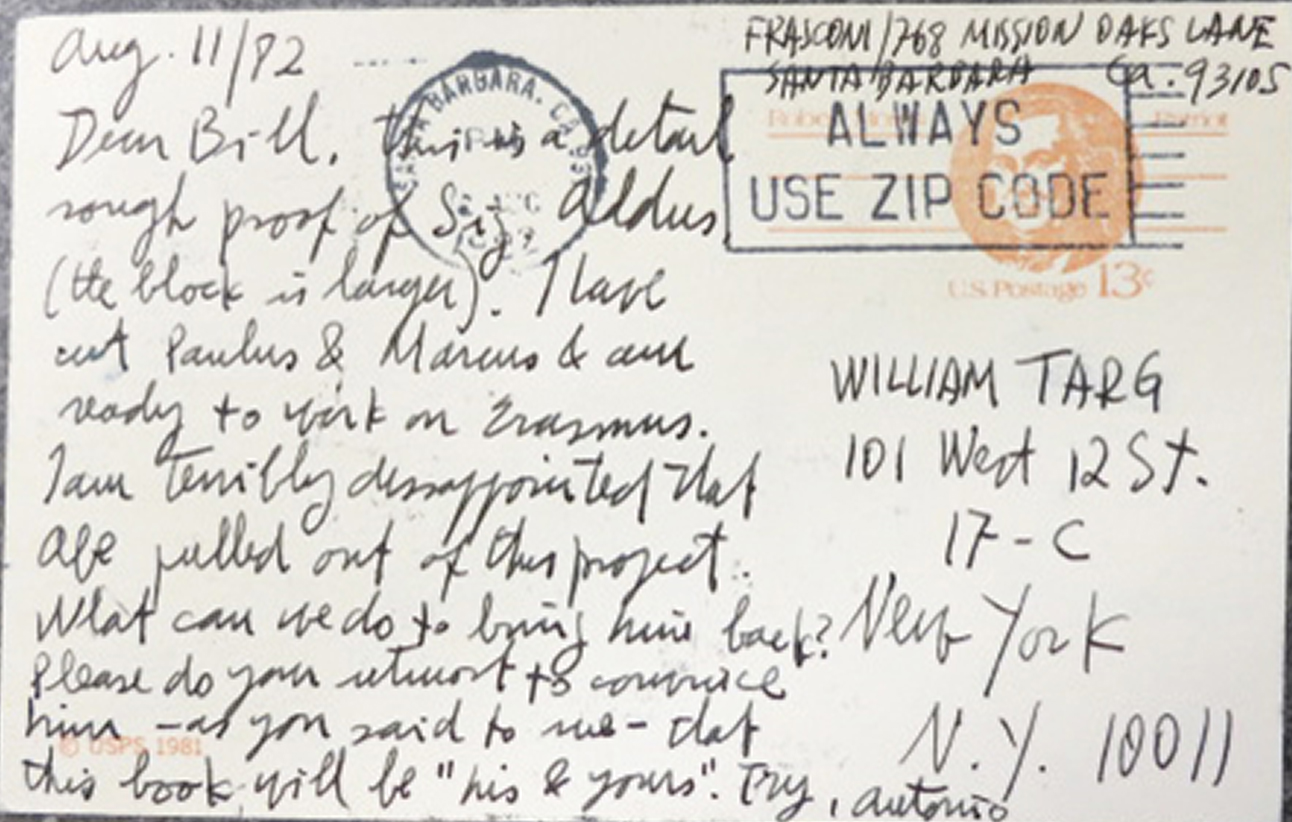 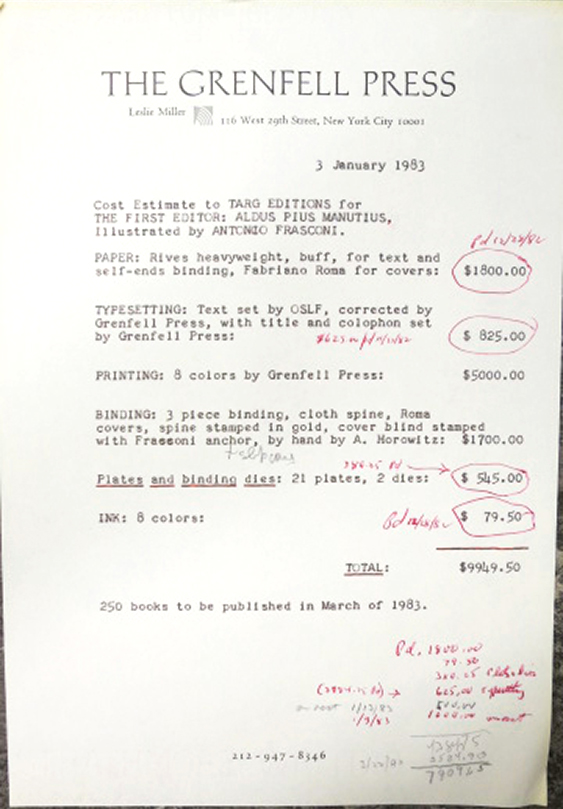 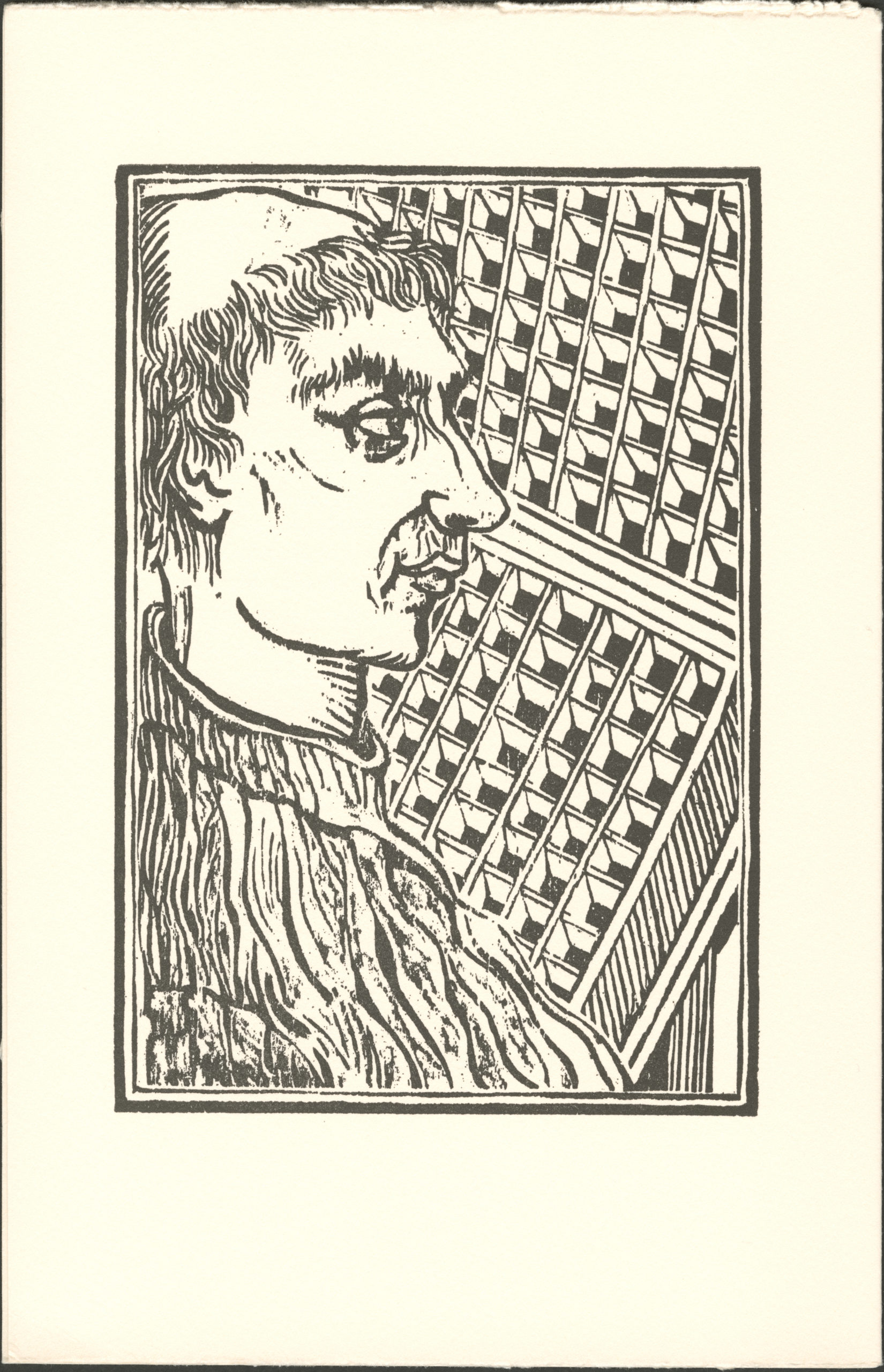 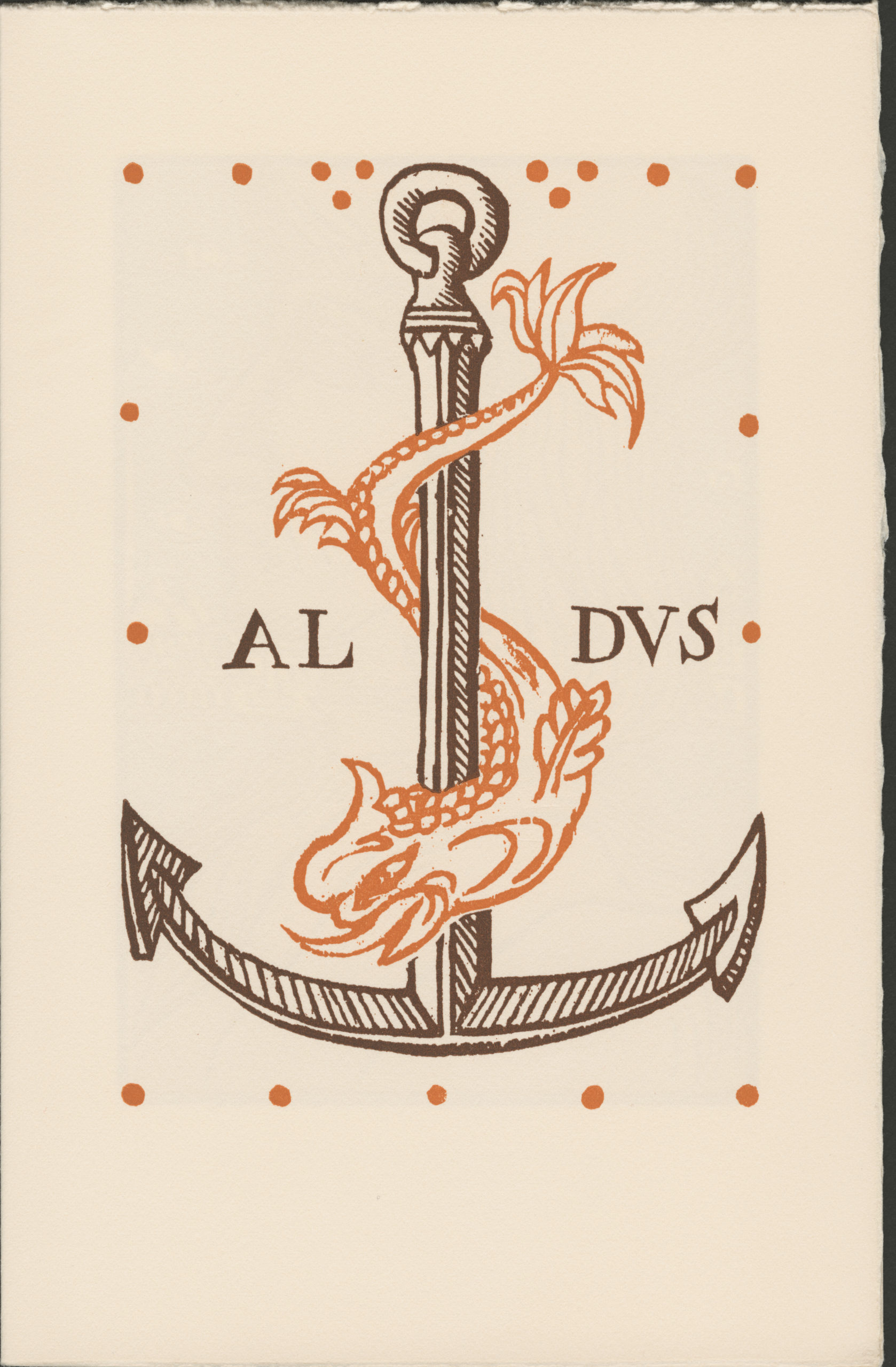