Writer, artist, feminist and human rights advocate, Kate Millett is one of the most influential Americans of the 20th century, according to her website.  Born in 1934 in St. Paul, Minnesota, Millett holds degrees from the University of Minnesota, Oxford University, and Columbia University where in 1970 she received her Ph.D.  Upon publication, her doctoral dissertation, Sexual Politics, sold 80,000 copies and is considered a classic statement of radical feminist theory and literary analysis, focusing on the patriarchal imagery in authors such as Norman Mailer and Henry Miller.  In it Millett declared Miller guilty of “virulent sexism” against women, with the exception of his lover and Greenwich Village writer/publisher Anaïs Nin.

As Millett’s website states, “Both in her writing and in her art, Kate has chosen to explore themes of entrapment, confinement, and subjugation.” In her critically acclaimed autobiographical work Flying (1974), Millett writes of her sexual relationships with other women.  A similar work, Sita, followed in 1975. Elegy for Sita, written in 1979, is a follow-up to that.  From the copyright page of Elegy for Sita:

“In 1975 a previous work titled Sita was published. Sita herself took her own life in June of 1978. This Elegy, composed through the course of that summer, at the farm and at Provincetown, completes the work with regret.”

In a note to Targ, Millett thanks him for introducing her to Simone de Beauvoir in Paris and for his supportive words about her in his memoir Indecent Pleasures.  While The New York Times declined to review Elegy for Sita, Millett later shared with Targ her delight at the book’s positive reception in Paris.

She founded the Millett Center for the Arts in upstate NY in 1978, and published 10 more books. She still maintains a loft in the Bowery in lower Manhattan, where she moved in 1959. 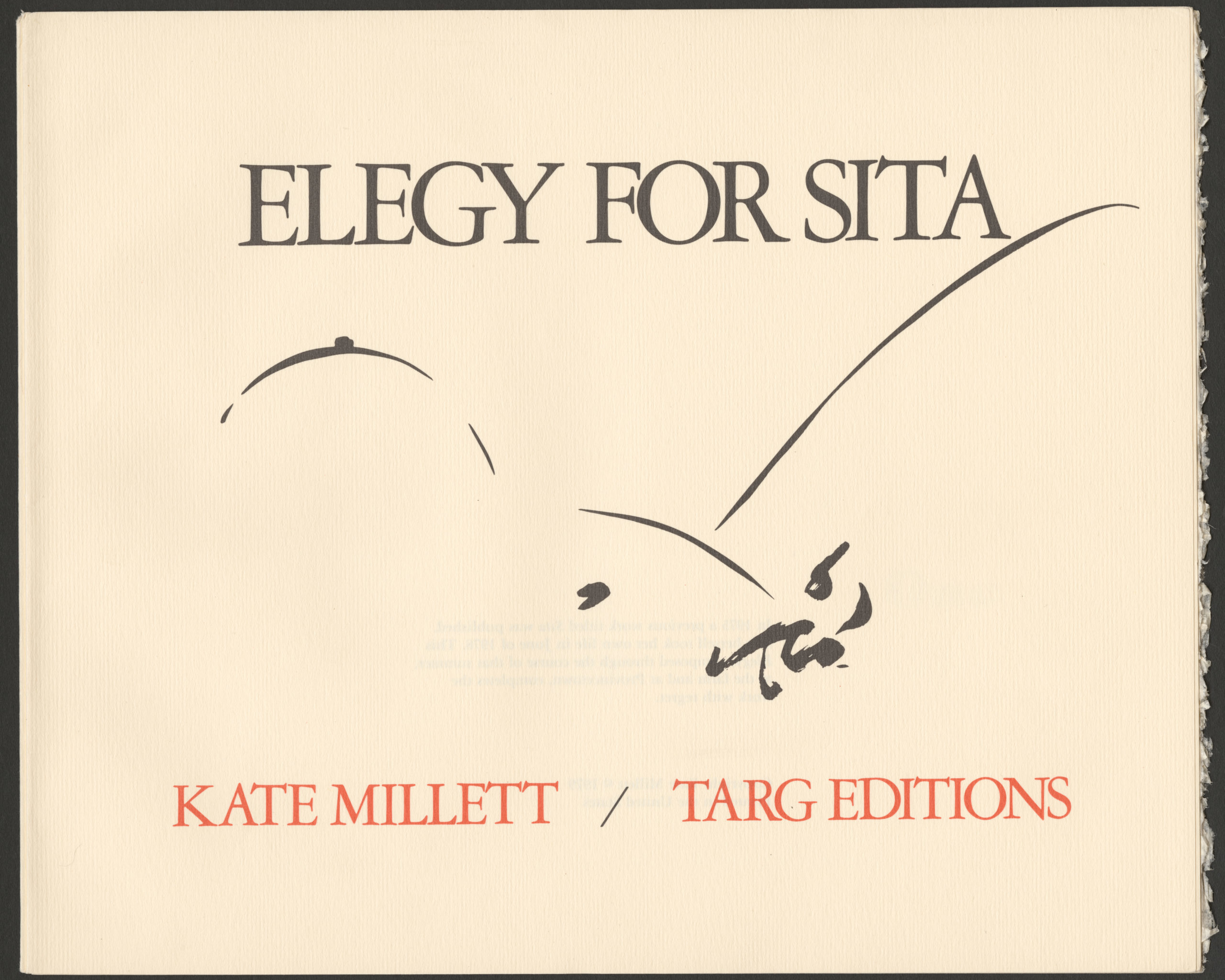 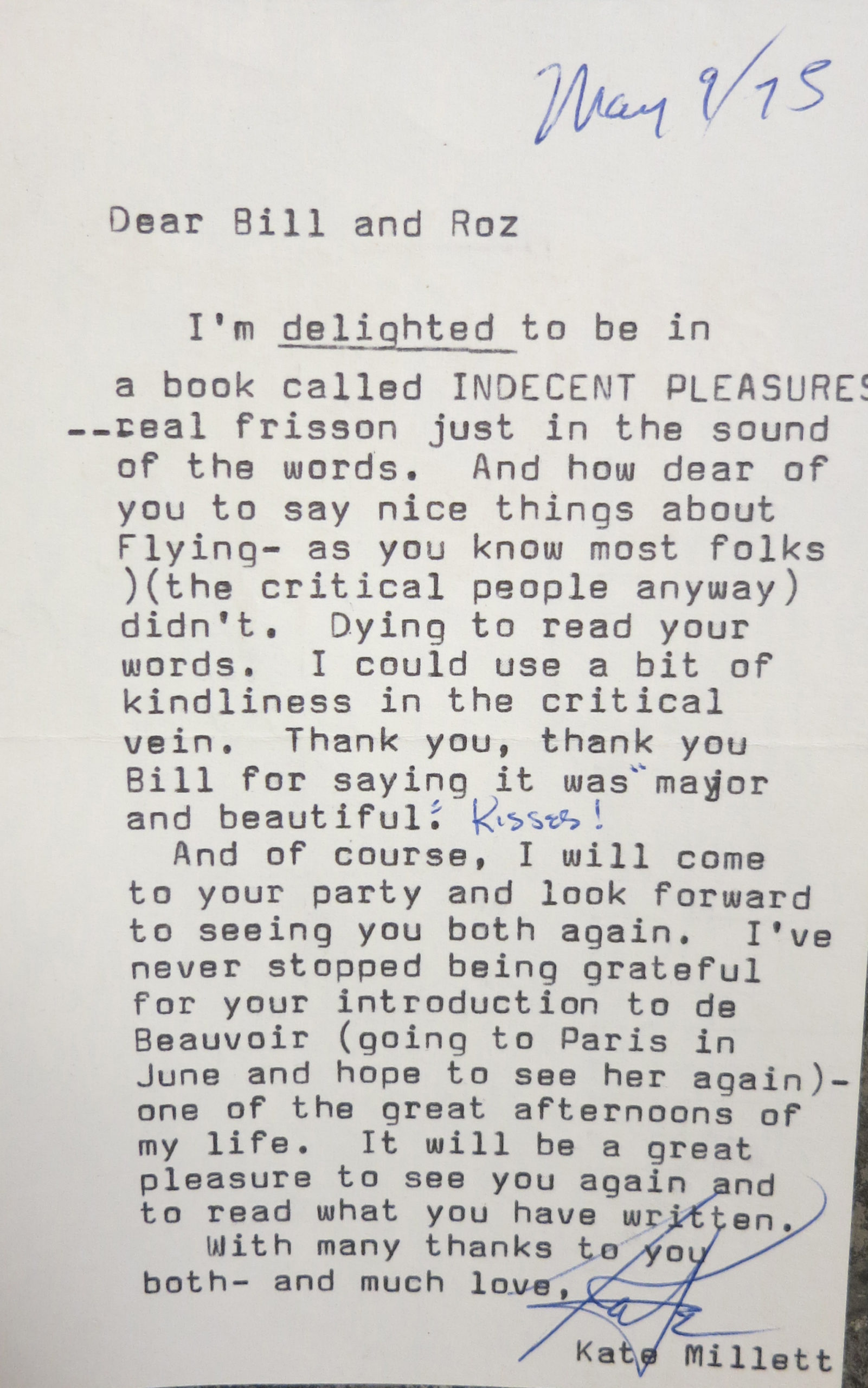 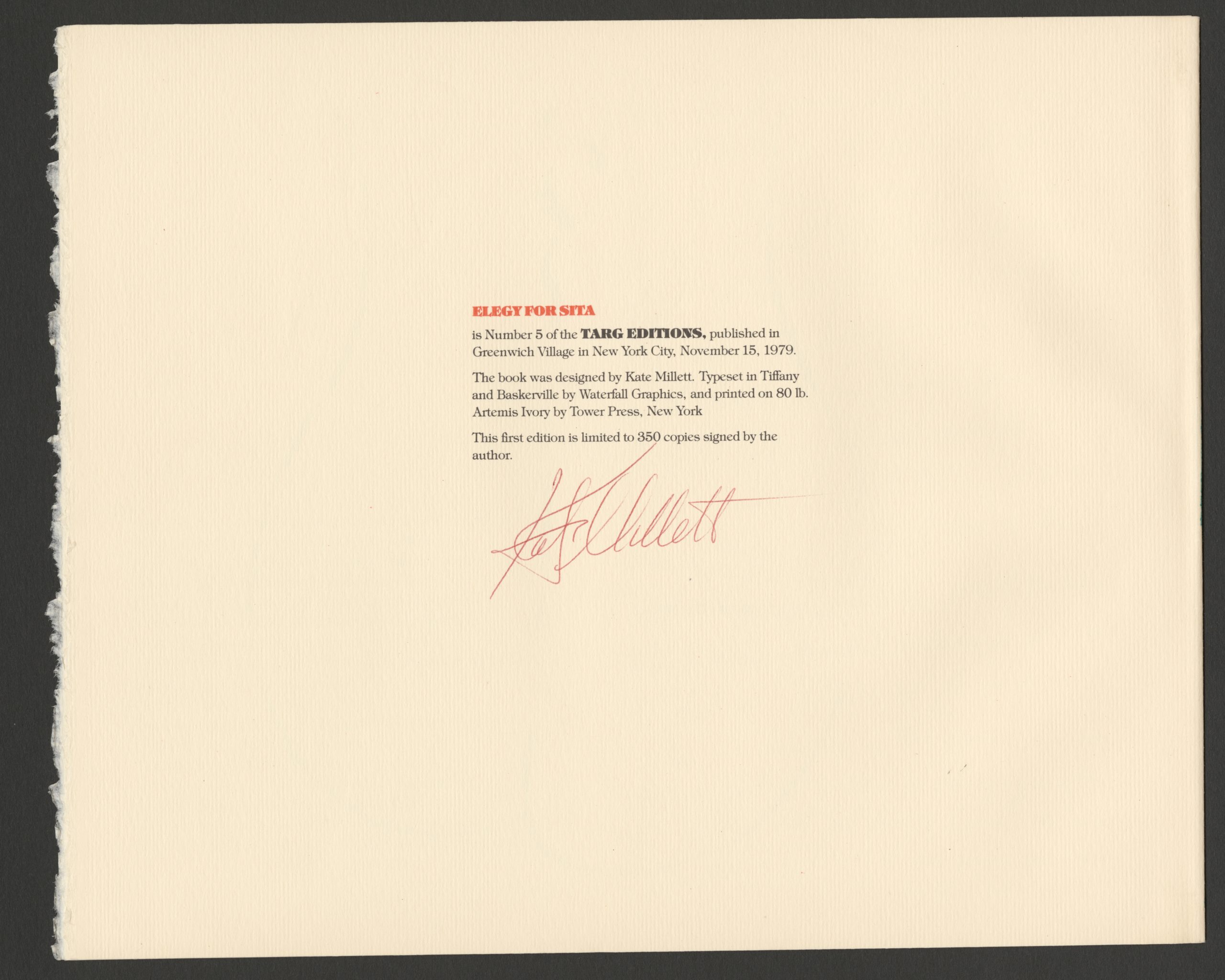