John Updike. Three Illuminations In the Life of an American Author, Targ Editions No. 2

Published in 1979, Three Illuminations was the first of three Updike works published by Targ Editions.

“As well as any writer ever has, he fulfilled Virginia Woolf’s dictum that the writer’s job is to get himself or herself expressed without impediments. … Updike, to use a phrase he liked, got it all in, from snow in Greenwich Village on a fifties street to the weather in the American world.”

Three Illuminations appeared in The New Yorker in 1978.  A series of three short stories, the book is narrated by Henry Bech, a conflicted Jewish-American writer living on Manhattan’s Upper West Side.  Updike created Bech from traits he perceived in authors Saul Bellow, Joseph Heller, Philip Roth, and J. D. Salinger, and Bech becomes something of an alter ego through which Updike analyzes the writing profession. Three Illuminations followed Updike’s 1970 work Bech: A Book, and led in 1982 to Bech Is Back.

In Three Illuminations, Bech finds himself tediously inscribing 28,500 colophon pages of a work for the Superoil Corp. to the point where he can no longer write his own name. For this and his two later contributions to Targ Editions, Updike inscribed a total of 950 colophon pages. 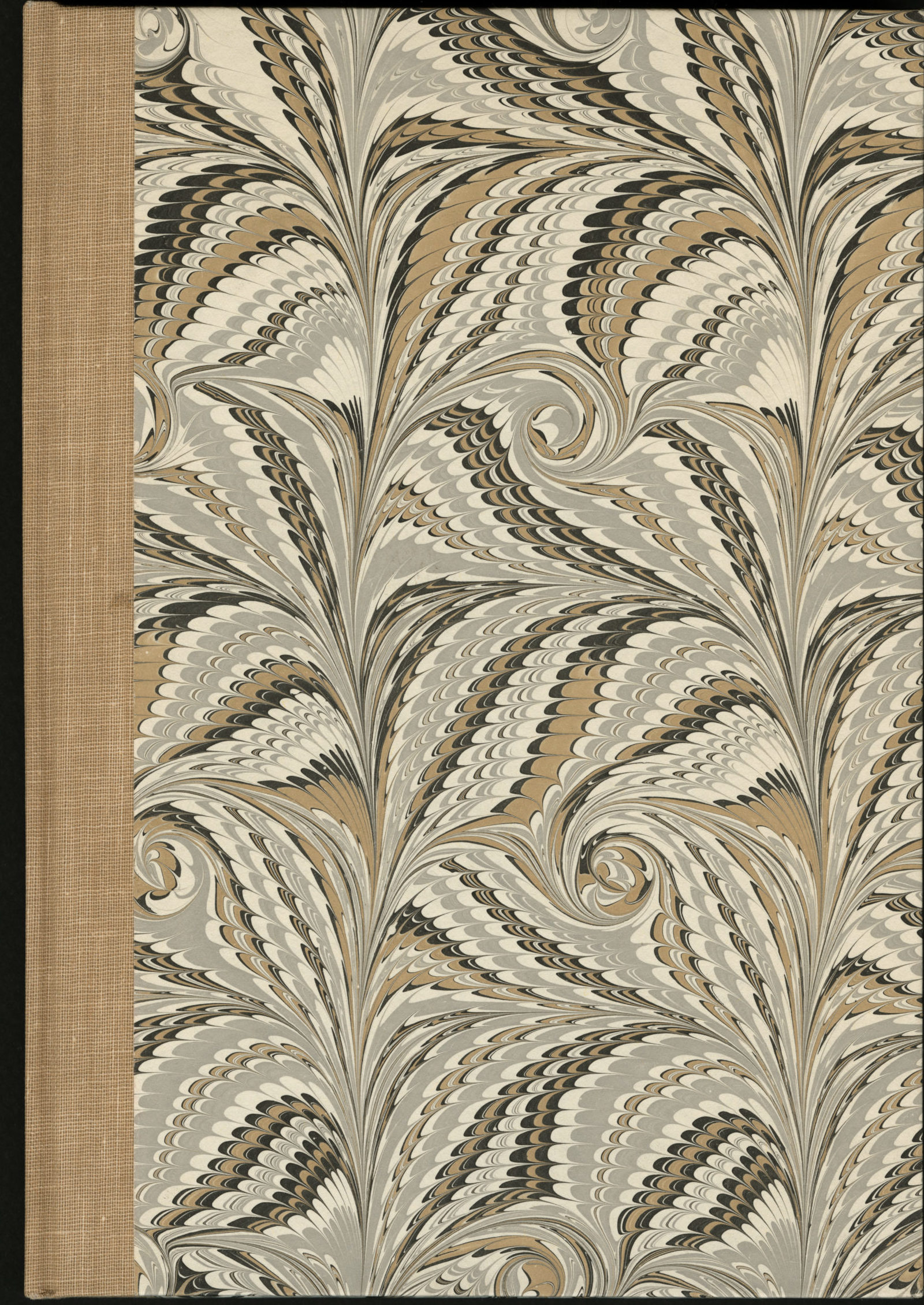 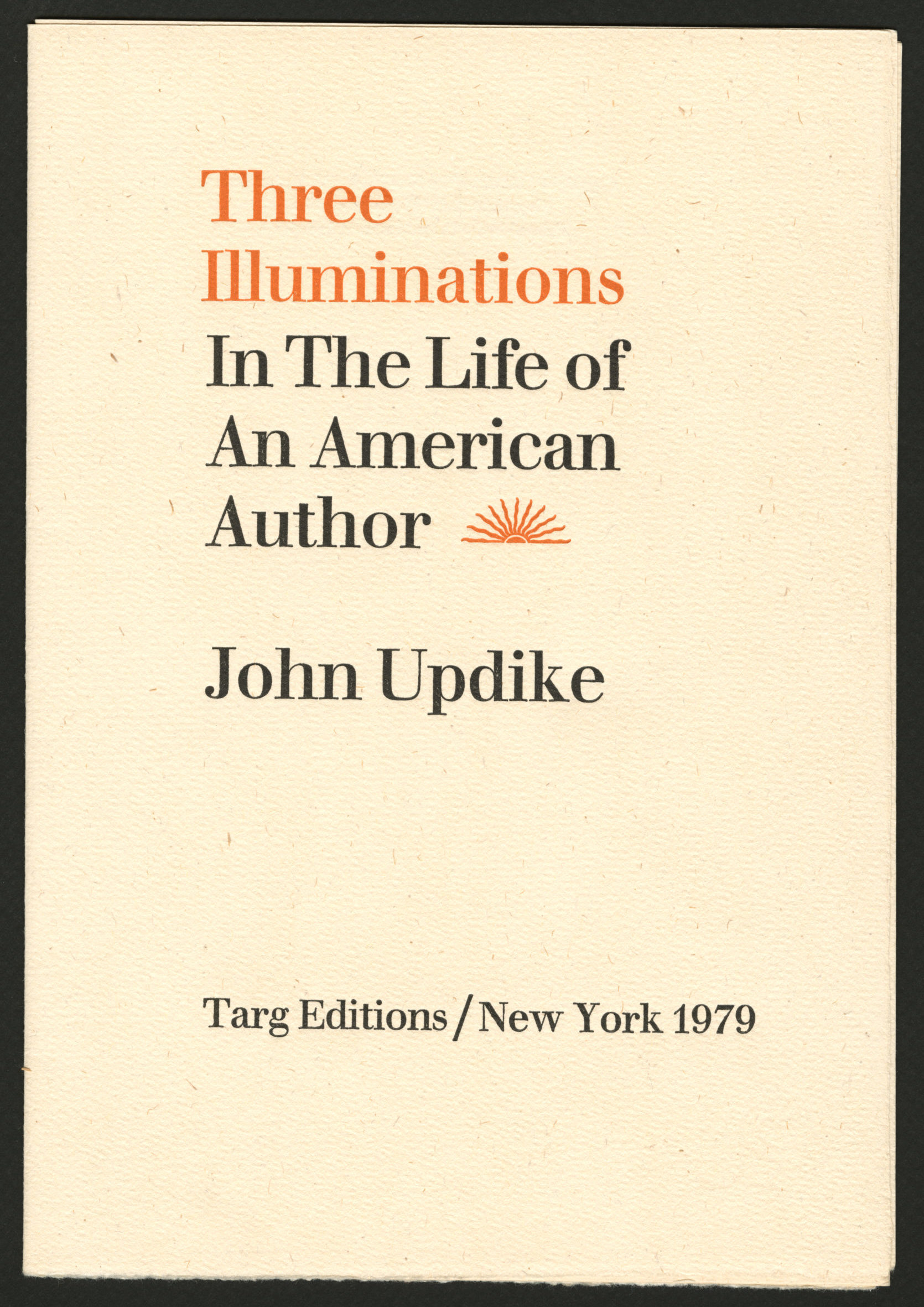 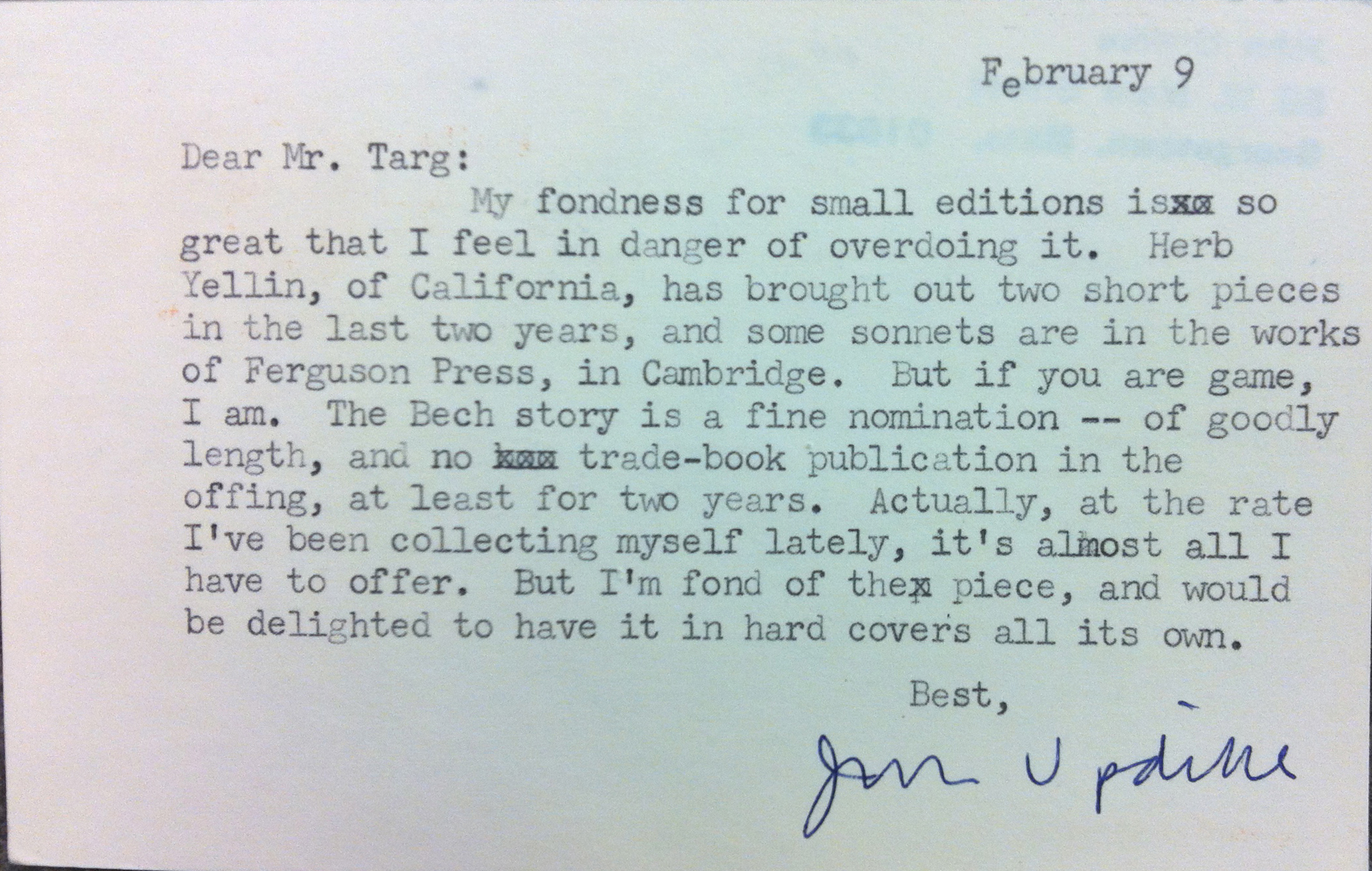 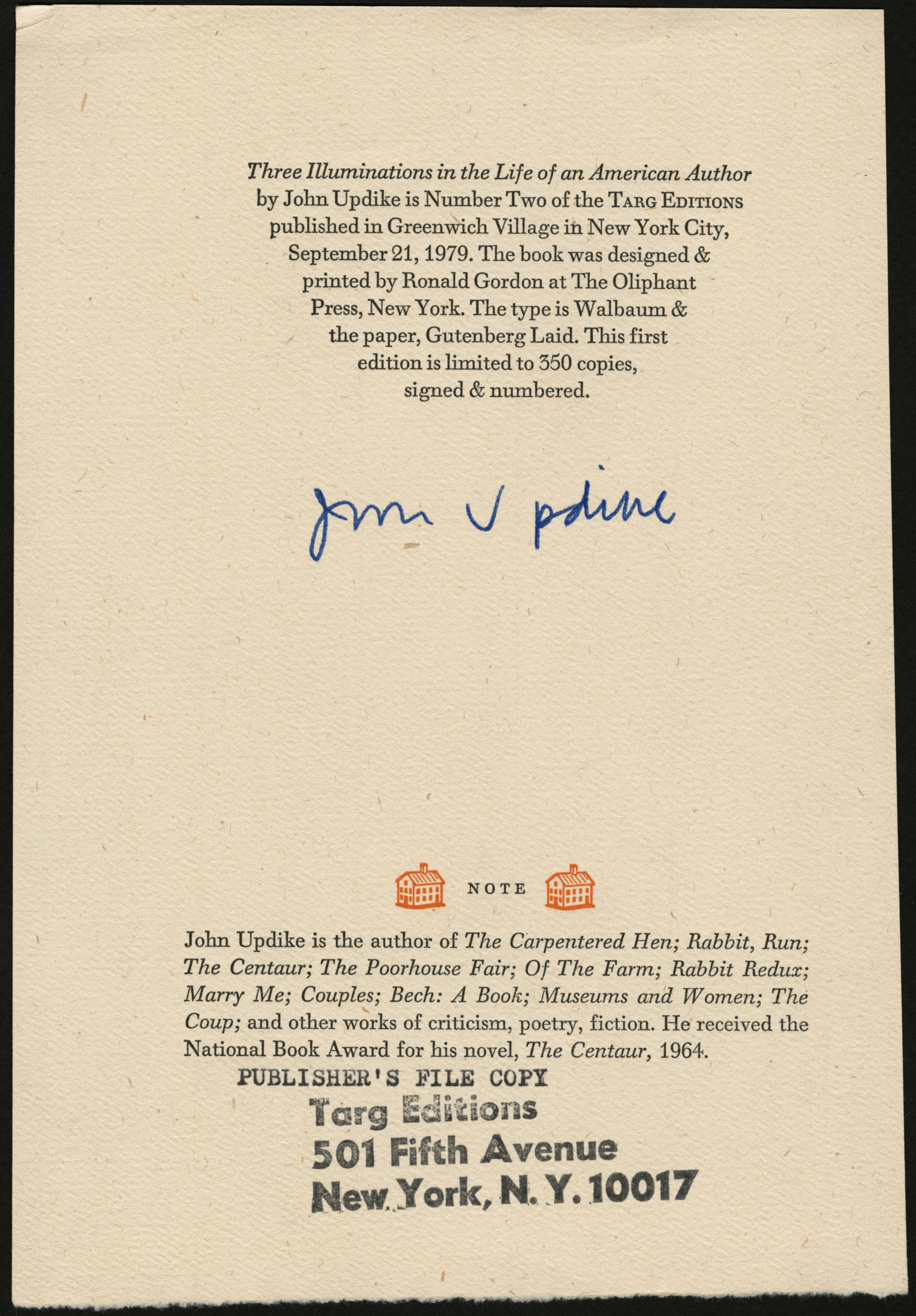