Poet Diane Wakoski knew an intimate relationship with both William and Roslyn Targ by the time Saturn’s Rings was published in 1982.  Her correspondence with them reveals struggles personal and creative as well as happiness with her final product for Targ Editions.  In a letter to William Targ she writes:

“I wish I could give everyone I know a copy of the book. It makes me feel so good. Better than any book I’ve published for some time. I think the poems are among my best, and certainly the book is made as beautifully and thoughtfully as any I’ve ever published. Thank you, thank you.”

Born in 1937 in Whittier, California, Wakoski received a bachelor's degree in English from the University of California at Berkeley.  She lives in East Lansing, Michigan, where, since 1976, she has taught at Michigan State University. Honors include a Fulbright fellowship, a Michigan Arts Foundation award, and grants from the Guggenheim Foundation, Michigan Arts Council, National Endowment for the Arts, and New York State Council on the Arts. She has published more than 40 collections of poems.

A leading contemporary poet, Wakoski incorporates “personae from mythology and archetype as a liberation from what she has called the ‘obsessive muse,’ that spurs writers to face their personal terrors and turn them into art,” according to the Poetry Foundation website.

Her poems examine painful experiences and relationships throughout her life. Some critics see a recurring anti-male rage.  Others believe that anger makes an important statement. Robert DeMaria wrote, “Most of what she writes is really prose, only slightly transformed, not only because of its arrangement on the page, but because of this music she injects into it.”

The Poetry Foundation describes Saturn's Rings as a “collection of surrealist poems loosely connected by the metaphorical theme of self-banishment and characteristic self-scrutiny," and quotes Holly Prado in the Los Angeles Times Book Review,

"Fearing decay, ignorance, and the inevitability of death, Wakoski writes with the intensity of someone fiercely alive, who still wants to unscramble failures, loneliness, the image of herself as the homely girl who was never acceptable."

In a 1975 New York Times essay, “The Inward Generation,” columnist William Safire aligns Wakoski with Denise Levertov, Adrienne Rich, Maya Angelou, Nikki Giovanni, Marge Piercy, and Erica Jong.  “Often using the imagery of the body, they delight in discovering that there is no need to be self-conscious about the consciousness of one’s self,” he writes. “The social protest of the young women poets is a political fact, ignored by politicians at their peril.” 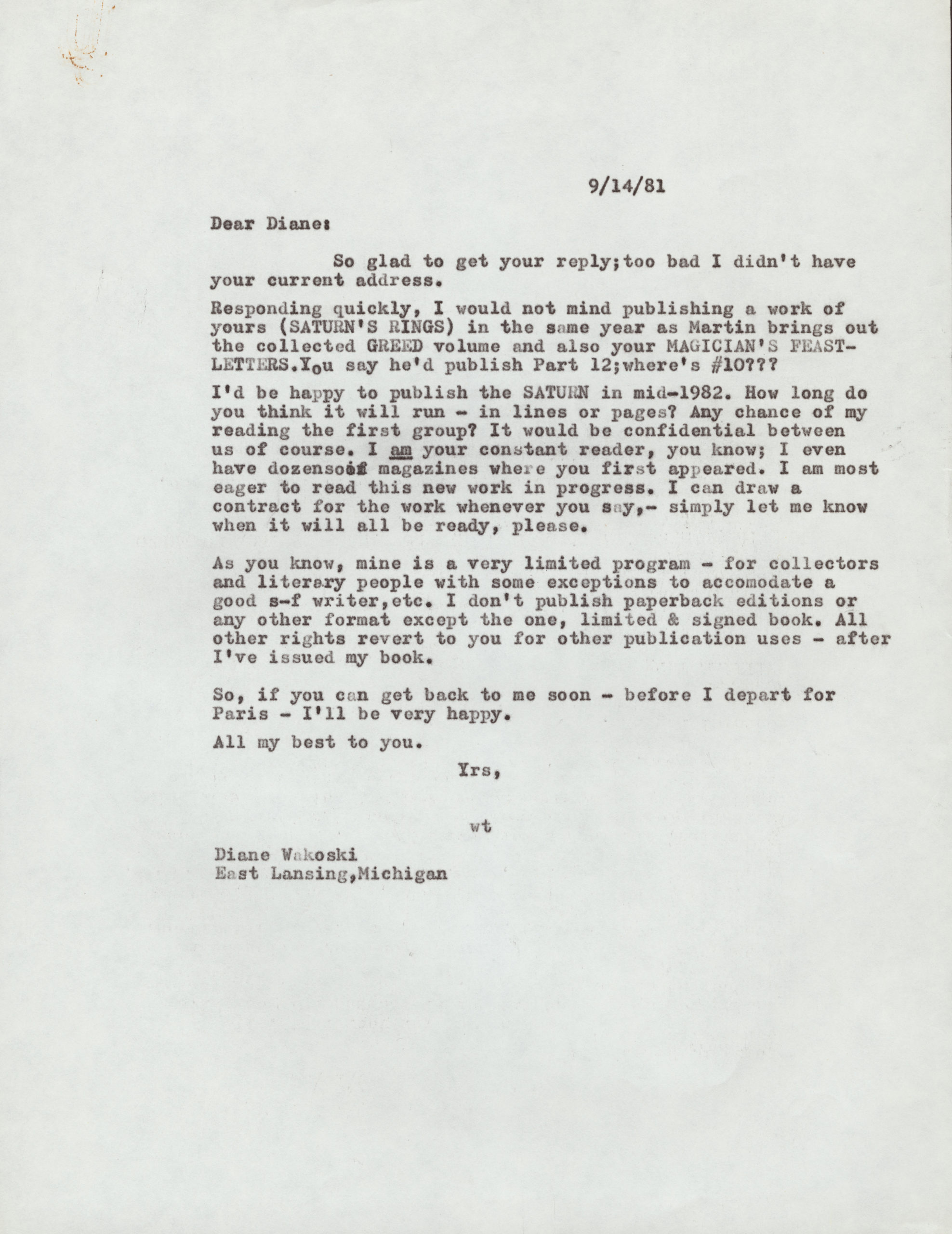 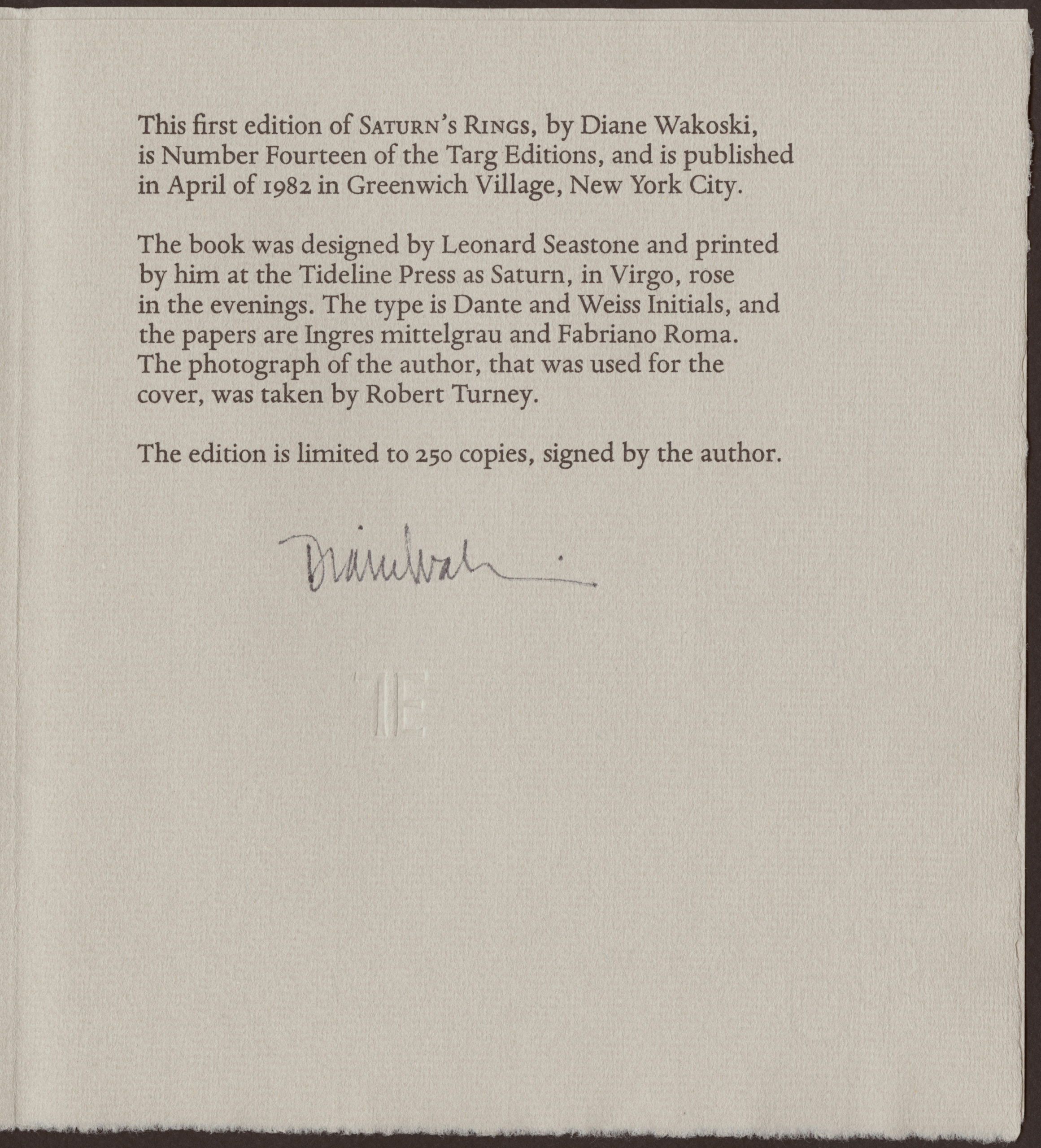